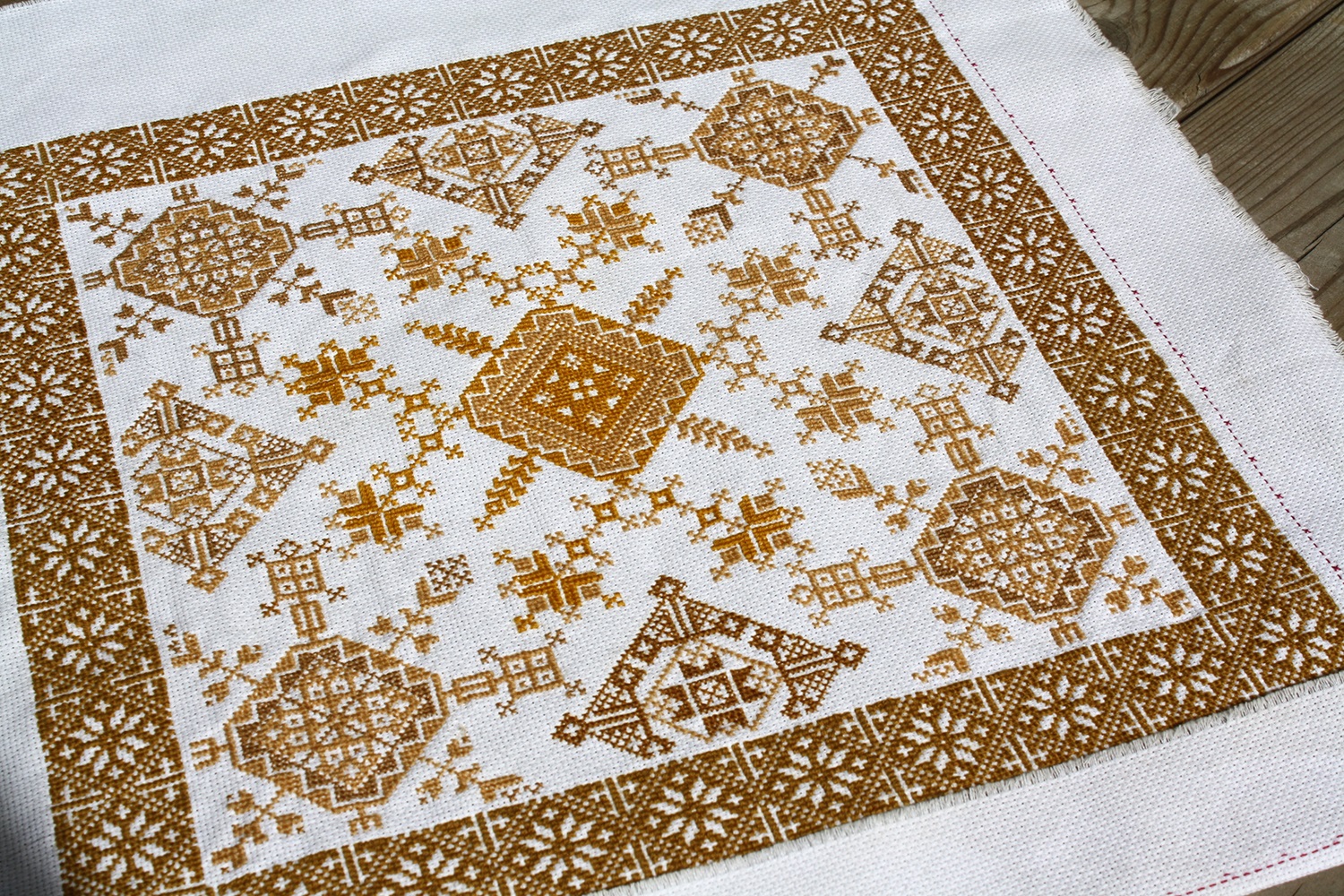 In Norway the traditional folk costume is called “Bunad”. They came in many beautiful shapes and forms depending on geographical location. Some even mix elements to create their own family folk costume and it’s a delight to watch!

My neighbouring fylke, Telemark, has a tecnique called ‘svartsaum’, which translates to ‘black sewing’. It’s not the same as blackwork as we know it, but in a way it’s own take on it. Svartsaum isn’t limited to Telemark but can be found various other places in Norway as well. Further north and to the west you get to the area of Voss, where women would wear traditional white headscarves embroidered with black patterns.

And it’s from combinations of this svartsaum I made this small tablecloth pattern. It’s too small really for a tablecloth, but I really liked the complexity behind it. You can go crazy with colours if you like or just go monochrome. The choice is yours!

I stitched my example in 2-3 different shades of mustard yellow. Because I don’t actually like mustard yellow, or mustard in general. And now I luckily have less of it. 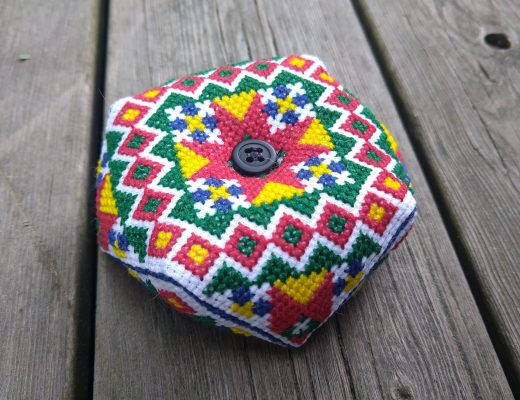